Glacial earthquakes have been one of the hot topics in seismology over the past few years. As they slide past asperities in the bedrock, certain glaciers emit long period seismic waves that can be detected by relatively distant seismic stations. These slip events are what we call glacial earthquakes.

Wiens et al. (2008) have recently published in Nature a set of beautiful observations of this phenomenon. They have put together information from regional seismic observations and a local GPS survey to constrain the nucleation, slip velocity and duration of glacial earthquakes occurring on the Whillans ice-field in West Antarctica. 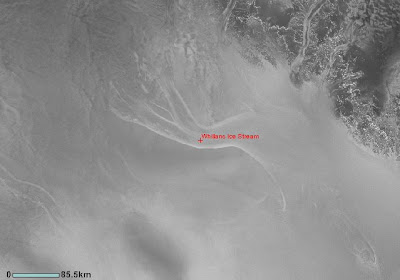 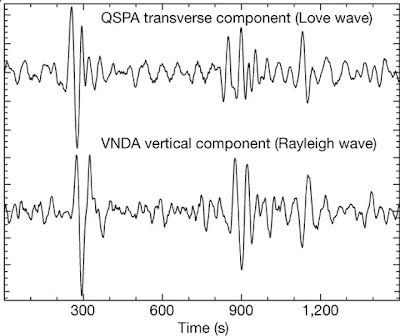 The timing of these signals and the horizontal velocities measured by a temporary GPS network installed on the glacier give information on the amount of ice that moves in each event. Wiens et al. have estimated the energy released by the glacial earthquake to be equivalent to a M7 earthquake, only spread over the 20 minutes it takes the ice to stop moving.

For more publicly acessible information, read the early releases from ScientificBlogging and ScienceNOW.

Gosh, there's a great deal of useful material above!