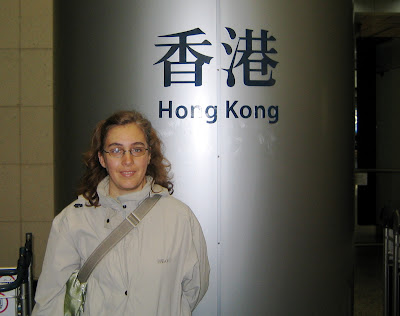 As you can see from the above photo - taken at the airport shuttle station in central Hong Kong - we did make it out of the airport and into the city after all. It took us some time (over an hour) to figure out how to pass from the Cathay Pacific lounge in the departures area to the outside world. A hint for those who would want to do the same on future trips: go to the Cathay Pacific transfer desk, and ask for a special form. This form will allow you to backtrack your way through the security controls, and get to Hong Kong immigration. From there on it is easy and relatively fast to get to the airport shuttle and then the street.

Hong Kong is full of contradictions, most vividly exemplified by the juxtaposition of ultramodern skyscrapers (see below for an example) with archaic colonial era buildings, and bamboo scaffolding (see even further below). The transport system is a similar hodgepodge of state of the art automated trains, red and white Toyota taxis, and ancient busses, trams and lorries. The city is at once very rich and very poor. 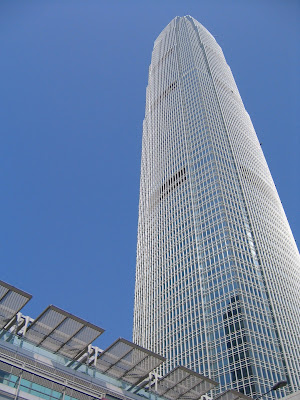 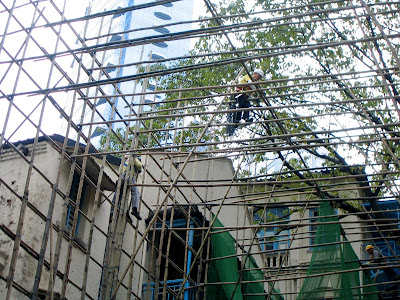 We have now returned to the airport, after six hours of sightseeing, happy, tired and jet-lagged. I am now looking forward to a few hours of rest before our next long-haul flight to Melbourne, Australia.